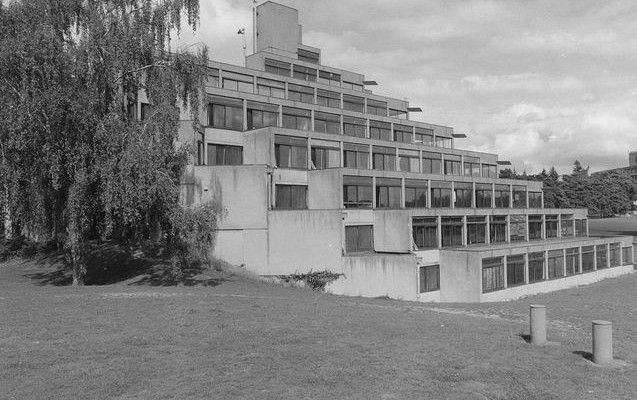 Looking back to the 1950s and 60s many of the new public buildings that were commissioned in the UK were designed in the Brutalist style. The authorities had to rebuild a war-ravaged Britain quickly and to a restricted budget. They wanted a solution that looked modern and forward-thinking and that fitted with the excitement that followed the initial post-war depression. The New Brutalism pioneered in France by Le Corbusier was the answer. An undeniably honest approach to architecture that demanded form follow function and avoided unnecessary flourishes. The Brutalist approach was all about showing off the materials from which the building was made (inevitably concrete), about sharp angles, rough surfacing and exposed services. 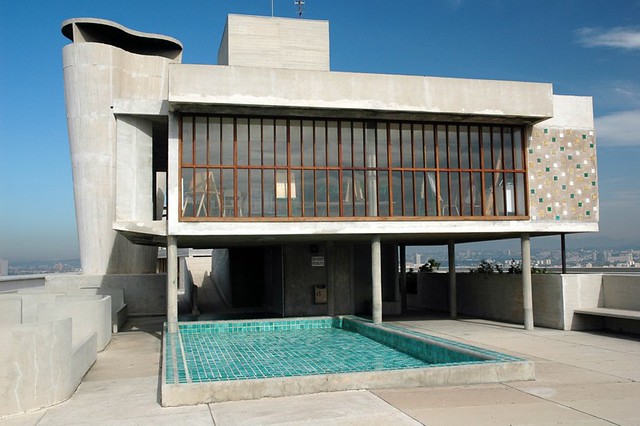 As with all walks of life architecture goes through different styles and fashions and the overarching trend of the time was the stark and undeniably modernist Brutalist style. This can be traced back to a number of factors; the post-war years signaled a new chapter in British history where the future was exciting, where technology was moving on apace, where the welfare state was providing care from cradle-to-grave and where rock’n’roll and fashion were dominating the headlines as Britain moved away from the war years and headed towards a brighter future. In addition to these, changes in building technology, most notably concrete technology, meant buildings could be erected swiftly and relatively cheaply compared with other more traditional construction methods.

In 1950s France, Swiss architect Le Corbusier, the most influential, most admired and most criticised architect of the last century (and a very natty dresser) had been experimenting with what he called ‘beton brut’ (meaning raw concrete).This is where the term Brutalist derived from. He was an architect with a philosophy based around providing people with what he called ‘machines for living in’. The pinnacle of his career came with the Unite d’Habitation in Marseilles constructed in 1952 and arguably the first Brutalist project. Seventeen storeys high and incorporating a mixture of apartments, shops, clubs and a meeting room the building is still a success to this day and is in much demand among the middle-class professionals of Marseilles.